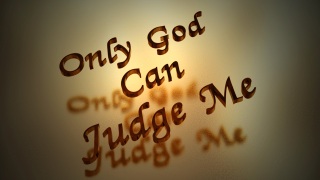 Recently my friend and I were chatting about God’s grace in our lives. We determined that we are guilty. We fall short of God’s glory every day. Even when it’s not intentional sin, often my heart reeks of self pity, pride, unforgiveness and the like. So as a great sinner myself, am I biblically disqualified from judging something sinful in another person? As one who is involved in several “life groups” at church, I’m asking myself how studying the bible and praying for one another is supposed to look if it’s separated from accountability (which may at times look like judging). So … do we (as the Church) ever have a right to judge others?
If we don’t, what does biblical accountability look like?
And if we do, what does biblical accountability look like?
First, I want to make sure I really know the One who judges my heart.

“Now we know that God’s judgment is in accordance with truth against those who practice such things.

“And do you think, whoever you are, when you judge those who practice such things and yet do them yourself, that you will escape God’s judgment?” (Rom 2)

It is a comfort to me to realize that God judges according to truth. I’m thankful that I serve a God who doesn’t imperfectly pick and choose whom He loves or hates. His judgment is always right. And the inclusion in these verses of the word “practice” is quite helpful.
God leaves no room for the hypocrite or insincere. It matters to God when I intentionally and habitually sin in secret and yet cast judgment on the one who sins more openly or outwardly. When Jesus was accused by the Jewish leaders of being demon possessed, He said “Do not judge according to external appearance, but judge with proper judgment.” We all stand accountable. There is such thing as proper judgment.
Oh the wonderful thought: God’s judgment is true. But … it’s also patient. That’s some seriously good news for everyone, because based on my understanding of Paul’s teaching, all who have come face to face with His standard(s) are accountable.

“Or do you have contempt for the wealth of His kindness, forbearance, and patience, and yet do not know that God’s kindness leads you to repentance?

For no one is declared righteous before Him by the works of the law, for through the law comes the knowledge of sin… all have sinned and fall short of the glory of God. But they are justified freely by His grace through the redemption that is in Christ Jesus… to demonstrate His righteousness, because God in His forbearance had passed over the sins previously committed… He would be just and the justifier of the one who lives because of Jesus’ faithfulness.” (Rom 2-3) 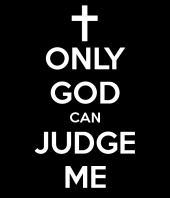 Yes, we all stand accountable … to One who is kind and patient! The Just AND the Justifier.
The more I study, the more I am in awe of One so great, yet One so merciful and patient. I will not be shamed because of my sin – clearly recognizable against the law – because the very One who created the standard also provided the means to “attain” to it.
In Christ alone, my hope is found. I exclaim with Paul …

“Where, then, is boasting? It is excluded!”

I have no boast, nor does anyone else. The punishment (ultimate accountability/judgment) of those sins mentioned previously (here) have been wiped out. The judgment I deserve was put on the One who did not deserve it but took it for me. And now the righteousness I did not deserve has been credited me!

“He was given over because of our transgressions and was raised for the sake of our justification. Therefore, since we have been declared righteous by faith, we have peace with God through our Lord Jesus Christ, through whom we have also obtained access by faith into this grace in which we stand, and we rejoice in the hope of God’s glory. For just as through the disobedience of the one man many were made sinners, so also through the obedience of one man many will be made righteous.”

As I meditate on this truth, I certainly understand this: I answer to God, my Redeemer. And that humbles me. Whatever I’m to do in regard to my “brother”, I must never see myself as better than I really am. As a recipient of the underserved favor of God, I stand humbly before others. Not proudly. I assume the posture of a servant in need of the Master’s mercy. If I grasp this truth first, I will never trample lightly on His great grace. Such grace.
Yes, bowing humbly before Him … that’s where it starts.
Here’s a word you can take to heart and depend on: Jesus Christ came into the world to save sinners. I’m proof -Public Sinner Number One! of someone who could never have made it apart from sheer mercy!!