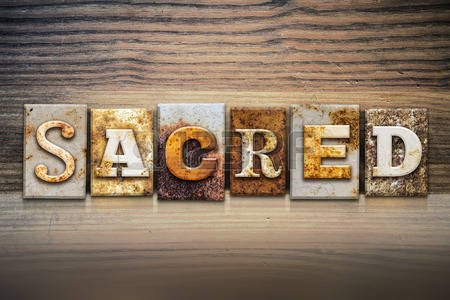 There are a couple of issues that have been brought to the surface in this election unlike before. They are not new issues, and they have certainly been part of elections in the past. This year, though, because of both major candidate’s complicated records and the moral outrage surrounding them, people have talked about these issues more. I’ve concluded that the reason they are most in my mind is because they are sacred beliefs in which I continue to adhere.

As always, I’ve spent weeks trying to wrap my mind around where to solidly land on the issues and what it means to have convictions about them. More important than where to land is why I should land there. I have so many people whom I love and respect and to whom I listen. I have sorted through their opinions, and even more so the reasoning behind their opinions. Ultimately I have sought God’s voice through His word. I have compared and contrasted scriptures that speak to these issues. I don’t just examine what the actual words say, but I attempt to understand what God meant in the context of what was said. I have prayed as I study. I need the Spirit’s wisdom and help in these difficult days.

So, here’s where I’ve landed. And stand firm.
As of today.

I believe in the sanctity of life. By that, I mean that life is sacred. I am pro-life. I am  for humanity.

Being pro-life means that I have taken time to study the Scriptures, and to this point believe God has a purpose for every person in the world from their conception until their last breath. I believe He ordains and oversees all of our days, and that as an integral part of His good creation, we are to hold in high esteem our own life and the life of everyone who has been conceived … until the moment they die. (Pm 139)
That means that I consider every human being valuable to God. And although we have marred who God originally created us to be, He loves us. (Jn 3)  So as a Christ follower on mission, that means that I will gladly spend my time and resources to share the gospel message with people. I am committed to telling them how God desires to be reconciled to man through His Son. (Romans 10)

Loving all of humanity means I seek their good. It means that as an image bearer, they deserve my concern. It means their welfare should be important to me. (Col 3)
This includes every human in their mommy’s womb (Pm 139, Jer. 1:5), every person of any color, every man and every woman whether in poverty or wealth, every refugee or citizen, every criminal and every hero. Being pro-life means caring about children and the aged, those with high IQs and those with severe disabilities, the most conservative moralist and the most freethinking libertine. It’s seeing the image of God in every homosexual, heterosexual, or transgender individual or activist that walks in my path. (Gen 1)

Being pro-life means being for all living people, and advocating and serving their wellbeing in the society in which I live.

When I say that I am pro-life, it means that I desire to see people how God sees them. Culture doesn’t define personhood for me. It doesn’t persuade me to reject or dismiss those deemed useless or lacking in quality of life. It means that my desire is liberty and justice for all people … in every nation.
From their conception.
Until their natural death. (Acts 17)

I am thankful for Creator God’s high view of humankind (Pm 8) and I am saddened by abortion, racism, domestic violence, inner city shootings, police murders, and terrorism that has diminished the value of personhood.
I will vote for a pro-life candidate because I cannot in good conscience do otherwise.

I also believe in the sanctity of marriage. By that, I mean that marriage is sacred. I am pro-marriage. I am for marriage.

Being pro-marriage means that I have taken time to study the Scriptures, and to this point believe God has a purpose for every marriage in the world from their “I dos” until their last breath. I believe He ordains and oversees all marriages, and that as an integral part of His good creation, we are to hold in high esteem our own marriages and the marriages of all people … until death separates.

When I say that I believe in the sanctity of marriage, I mean that I believe the Bible teaches that one man should marry one woman for a lifetime. I believe that in creation, God made man for woman and woman for man. (Gen 2) I believe He endorsed marriage as a forever union on earth. That means that I consider every marriage valuable to God. And although we have marred what God originally intended to be a forever commitment, He holds in high regard the permanence of marriage. And although there were exceptions given in scripture because of the stubbornness of our hearts, what God has joined together in marriage was not meant to be torn apart. (Mt 19)

Being pro-marriage means I abhor the pornography and adultery that is destroying the institution. I refuse to be silent about domestic violence and the abuse of women. I do not find humor in the disrespectful ways husbands speak about their wives or other women. It is not acceptable to me for women to scoff at and belittle their husbands. I do not appreciate that there are  young women who intentionally dress provocatively with little regard for the rampant rape culture in which we live.

When I say I’m pro-marriage, I mean that I desire to see marriage as God sees it. Culture doesn’t define it for me. Nor does it persuade me to dismiss the boundaries that God has established in the name of political correctness or tolerance. It means that I will support and defend the God-ordained institution set up at Creation.

I am thankful for Creator God’s high view of marriage and am saddened by divorce and homosexual marriage that has blurred the scriptural lines of His standard.
I will vote for a pro-marriage candidate because I cannot in good conscience do otherwise.

When I speak of the sanctity of life and the sanctity of marriage, there are many layers. I will cast a vote in this election with all these things in mind. They are sacred issues to me as a Christ-follower, but also as a citizen of the US. I believe that our view of these two important issues shapes society in huge ways. I am prayerful and hopeful that God will continue to mold me into the woman He’s called me to be, and that I’ll press on in my pursuit of Him. I pray that I’ll seek His Truth through His reliable Word and will seek His Wisdom through His faithful Spirit.
And I pray for His love to be at the root of it all.

Love is patient, love is kind. It does not envy, it does not boast, it is not proud. It does not dishonor others, it is not self-seeking, it is not easily angered, it keeps no record of wrongs. Love does not delight in evil but rejoices with the truth. It always protects, always trusts, always hopes, always perseveres.

Love never fails.
But where there are prophecies, they will cease; where there are tongues, they will be stilled; where there is knowledge, it will pass away. For we know in part and we prophesy in part, but when completeness comes, what is in part disappears. When I was a child, I talked like a child, I thought like a child, I reasoned like a child. When I became a man, I put the ways of childhood behind me. For now we see only a reflection as in a mirror; then we shall see face to face. Now I know in part; then I shall know fully, even as I am fully known.

And now these three remain: faith, hope and love.
But the greatest of these is love.

2 thoughts on “The Sanctity of Life and Marriage”